We are excited to announce that Apache Mesos 1.7.0 is now available for download. Please take a look at what’s new in this release!

In Mesos 1.7, we put a lot of emphasis on performance. Thanks to the community’s hard work, several performance issues that have been affecting users are significantly improved: 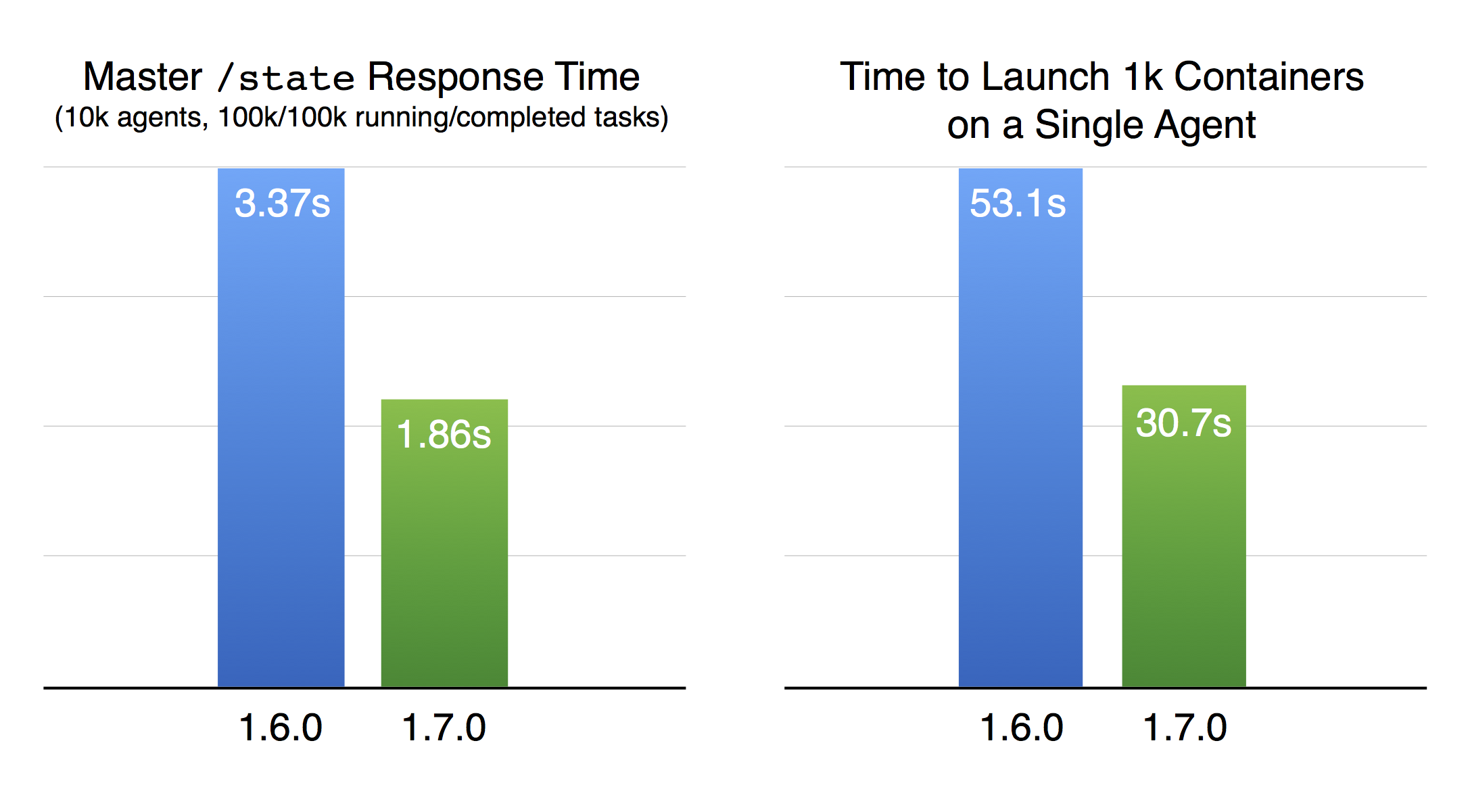 As usual, the 1.7.0 release includes several bug fixes to improve stability and reliability for users, as well as several new features and improvements:

To improve the user experience of operators when monitoring and diagnosing a cluster, we have added a variety of new metrics in Mesos 1.7 to provide greater visibility into the behavior of individual frameworks in the cluster.

These metrics are added on a per-framework basis, so that new metric keys appear as new frameworks register with the master. Example metrics include: the numbers of calls received, number of events sent, offer-related counters (how many were sent/accepted/declined), counts of the various offer operations performed, and current task state totals for the framework. Please see the metrics documentation for more details.

The following improvements, combined with the allocator and metrics improvements mentioned above, make the experience of running multiple frameworks significantly better in Mesos 1.7:

In most cases, upgrades from Mesos 1.6.0 to Mesos 1.7.0 are straightforward. Please refer to the upgrade guide for detailed information on upgrading to Mesos 1.7.0.

Inspired by the work that went into this release? Want to get involved? Have feedback? We’d love to hear from you! Join a working group or start a conversation in the community!

Thanks to the 50 contributors who made Mesos 1.7.0 possible: